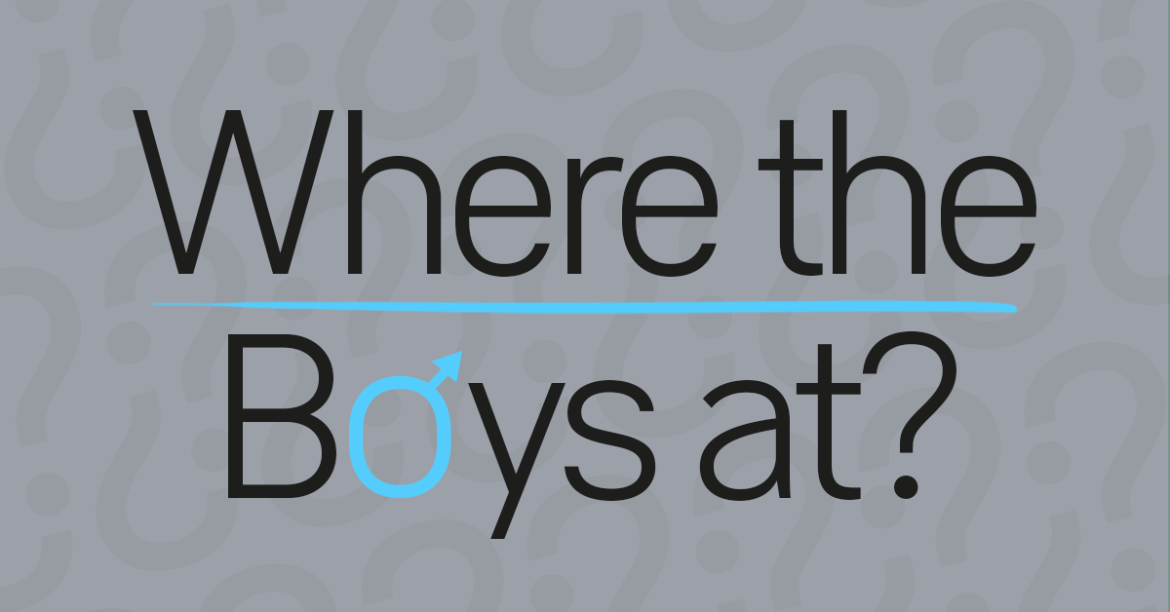 No, seriously. Where they at?

A query of “transgender speech therapy” yields many results for voice feminization. But when it comes to the transmasculine side of things, resources, information, and anecdotes are few and far between.  As a trans guy early in his transition, the process of scouring search results only to be met with the commonly dismissive, “Just wait for testosterone to do its magic!”™ is demoralizing.

Will I wake up one day and not be “ma’am”ed on the phone?  Without any conscious intervention on my own, will I be able to join an online game without stirring confusion amongst my teammates?  And will my voice stop being the contributing factor that washes away my physical presentation in public?

The unfortunate answer is… maybe.  For some trans men (and non-binary transmasculine people), testosterone truly is the magic solution to sounding masculine.  For others, we’re left in the dark wondering if we just need more time on the juice or if there’s something wrong with us.

It’s an issue that isn’t unique to trans men either.  Cis men, as detailed in David Thorpe’s documentary, “Do I Sound Gay?”, also feel the anxiety of developing a voice that puts them at odds with their peers. For some, embracing one’s voice— however it may be —is liberating. With gender dysphoria breathing down one’s neck, ‘just accepting it’ is rarely an option.

Testosterone can be a blessing in the pursuit of trans masculinization. An increase in muscle mass, fat redistribution, and facial hair all help to produce society’s view of a male physique.  Included amongst these changes is the thickening of the vocal cords.  The only issue being that thick vocal cords on their own have little bearing on whether one has a deep or masculine-sounding voice.

As detailed in a 2012 study by Ingo R. Titze, “The greatest conceptual error is made with regard to vocal fold thickness. It seems intuitively correct to assume that if vocal fold thickness is doubled, mass is doubled, and hence f0 is lowered. This is entirely erroneous, however.” You can think of f0 as the pitch you’re talking or singing in (although this is not absolutely, completely true).

All of that said, I’d be imprudent to say I’m not thankful for all of the changes testosterone allots me.  Trans women receive no such added assistance in voice training from estrogen.  Even though I am early into my transition, in six months, I’ve already noticed a significant drop to the pitch of my voice. What used to sit at the 150 Hz range is now at 90 Hz.

That still doesn’t answer the reason why trans men and transmasculine people are often left out when the topic of vocal transition is brought up.

The dismissive stance is that masculinization is easier.  The misconception exists where all one needs is a haircut, baggy clothing, and a scowling expression before the Man Fairy™ swoops down to fill in the rest.  After all, it’s a lack of information that leads people down the path of assumptions. And the world of trans masculinization is riddled with limited data.

Some state that there are just less trans men than trans women.  A study in the Journal of Sexual Medicine conducted in two separate clinics found that transmasculine transitions are on the rise.  Between the years of 1989 and 2005, the sample size of 420 adolescents diagnosed with gender dysphoria consisted of 58.6% AMAB (assigned male at birth) people and 41.4% AFAB (assigned female at birth) people.  The researchers noticed a shift between the years of 2006 and 2013— the ratios changed to 36.7% AMAB people and 63.3% AFAB people.

While the researchers noticed the swing occurring in two separate countries independent of each other, the cause was… inconclusive.  But it does showcase that transmasculine people are by no means a minority among the transgender community. If anything, the population is statistically on the rise.

Our question of why trans men are underrepresented is one that remains unanswered from a statistical sense.  Perhaps that’s why the topic deserves discussion. If trans men aren’t as much of a rarity as our lack of portrayal makes us seem, is there an underlying social issue?

Who better to ask than fellow trans men themselves? A few videos by Boyform touch on the topic.  When it comes to interacting with people outside of trans spaces, trans men rarely make it into the conversation for better or for worse.  Transmasculine people are spared the constant slander that popular media uses to discriminate against trans women. In return, us transmasculine folk gain invisibility.

Perhaps not the most definitive source, but Wikipedia’s list of transgender characters in films shows 15 films featuring trans men and 73 featuring trans women.  As far as the quality of representation, that’s another story.

Popular media’s depiction of trans men is often abused ‘women’, tomboys, or butch lesbians.  Though, these delineations are often tame compared to trans women being treated as a plot twist, joke, or purely sexualized.  Add to the fact that these characters are often played by cis actors and the pieces of the puzzle come together why so many of these depictions lack any understanding of what it means to be transgender.

This in itself brings up another disheartening paradigm. Trans women are both more represented but also more discriminated against.  Moving from film to reality, the state of transmisogyny is even more damaging.  Media witch hunts, often fueled by TERF rhetoric, paint an image of trans women ‘invading’ cis women’s spaces or eliciting predatory behavior.

Statistically, 50% of the transgender population has experienced some type of sexual assault in their lifetime.  While these numbers, amongst other statistics, often fail to separate trans women, trans men, and non-binary people, NCAVP’s Hate Violence Report cites trans women of color as the leading victims of hate crimes.

Why bring up any of this in a discussion of transmasculine speech training resources?  Well, while the exact culprit for the lack of masculinization resources remains inconclusive, the reason for an abundance of feminization resources is clear.  For me, my voice leads to being called a slur or two in an online video game.  For a trans woman, her voice may lead to physical violence.

Invisibility is both the blessing and curse of transmasculine people. We are given a reprieve from some of the violence and discrimination that plagues the transgender community, but in turn, our resources are often limited.

After all, as Boyform discusses in his video, many passing trans men choose to live ‘stealth’.  They often leave trans spaces and communities stranding transmasculine people early in their transitions to discover a means of masculinization on their own.

But we’ve got this, boys! As mentioned earlier, we are fortunate enough that testosterone provides an additional benefit to our vocal ability during transition.  The process can sometimes take years before one’s f0 reaches a masculine range, but that’s all the more reason why masculinizing speech therapy is important.

Six months into my journey and I can tell you, the road to sounding like Alucard from Symphony of the Night is not for the faint of heart.  It feels like I’m learning how to speak all over again.  I no longer know how to sing. Some days, I struggle to even project my voice at all.  Some of this is due to my vocal folds thickening while my larynx has remained the same length.  It doesn’t help that I’ve been using the same vocal patterns I’ve always used since before I transitioned.

Larynx height and embouchure are not affected by testosterone. But luckily for us, they can be trained! A lowered larynx increases pharynx space which creates a deeper, warmer tone. Using open vowel sounds increases this effect further and maintaining a high closed quotient (in short, CQ is the ratio of how long the vocal folds are touching to how long the cycle of vibration lasts) further helps one capture what is typically a masculine-sounding voice.

That’s not to say there isn’t the potential for further complications. Other than the initial ‘settling period’ of cracking and inconsistency, loss of the M2 range is common.  Entrapped vocality— a condition caused by one’s vocal folds enlarging to a degree far larger than their larynx —creates a constant ‘hoarse-sounding’ effect. Understanding one’s own voice is imperative to being able to manipulate the sounds to achieve the desired effect.

The beauty of speech masculinization training is that anyone can benefit from it— even people who are not taking testosterone!

With all of that said, what are the tips and tricks to taking control of one’s voice?

How can one lower their larynx?

How does one maintain a high CQ?

How can one avoid vocal damage while in the early stages of testosterone?

Stay tuned for future posts where we finally give a voice to trans voice masculinization.