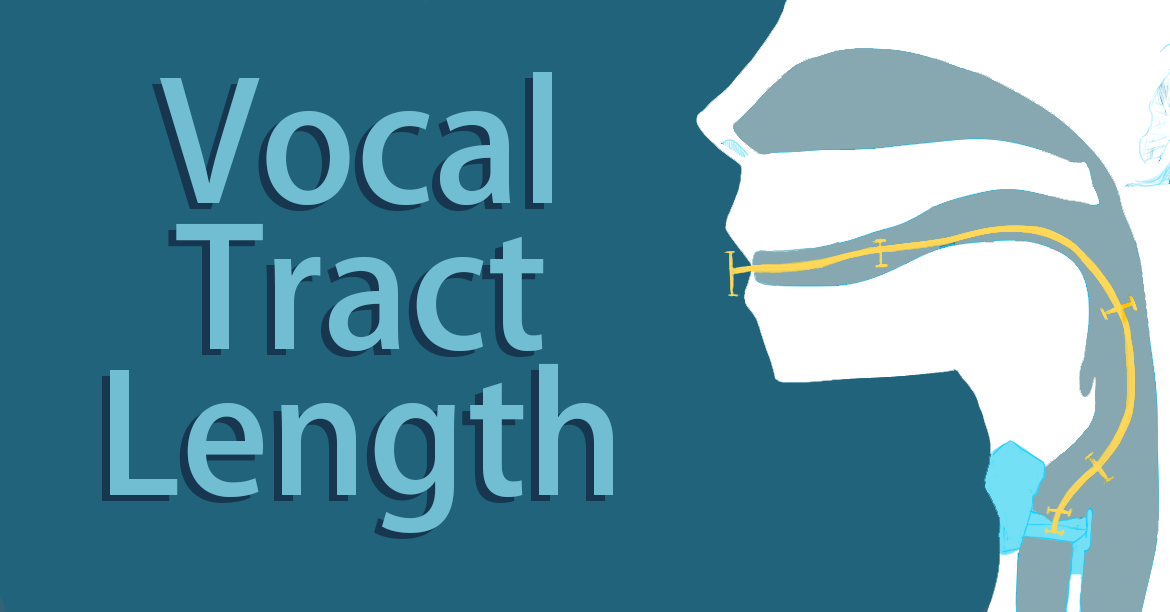 Although we perceive only one pitch when listening to someone speak or sing, in reality, we’re also hearing a multitude of different frequencies, called overtones, each with different perceivable loudness (caused by the amplitudes of the sound waves in each frequency). The pitch we hear is determined by the frequency of largest amplitude, which is usually the fundamental frequency (fo), the frequency of vocal fold vibration.

As the sound that was produced by the source passes through the filter (the remainder of the larynx2, the pharynx, the mouth and the nose), the amplitudes of the different overtones that compose the sound are each lowered in different amounts. The way in which the filter relatively heightens or dampens each frequency is responsible for the tone, timbre or texture of the voice.

This doesn’t mean, however, that your tone is fixed. Your vocal tract (i.e. the space from your vocal folds to your lips) is highly modifiable through the movement of its many different structures: the larynx, the true vocal folds, the false vocal folds, the epiglottis (the protective cover flap of the larynx), the aryepiglottic funnel, the velum (or soft palate), the jaw, the tongue, and the lips, for example, from shortest to longest distance from the source.

When you swallow, your larynx quickly rises and then slides back down. This illustrates the broad range of motion your larynx is capable of, and, by extension, the amount by which you can shorten or lengthen the vocal tract.

For singers, public speakers and voice actors, raising and lowering the larynx is imperative for artistic freedom. The tonal changes engendered by this vocal tract modification help tell a story of emotion, seeing as sounds produced with a raised larynx are usually associated with brightness and happiness and sounds produced with a lowered larynx are usually associated with darkness, gloom or authority.

For transgender voice users, raising and lowering the larynx is the primary (but not only) aspect to manipulate in order to significantly alter one’s perceived vocal gender. With puberty, the larynx increases in size, the laryngeal prominence (or Adam’s Apple) of people who were assigned male at birth becomes more pronounced, the larynx drops and the vocal folds increase in size. For transgender men, hormone replacement therapy triggers these changes in what is commonly known as second puberty3. However, even without hormone replacement therapy, lowering the larynx can still be a useful tool for transgender men in obtaining a passing voice4. Because hormone replacement therapy (HRT) can’t revert the effects that puberty has on transgender women, they have to work with the instrument they already have, raising their larynx to emulate the shorter vocal tract length of cisgender5 females. Fortunately, with practice and dedication, this is completely achievable.

The easiest and safest method6 for controlling larynx height (and, therefore, vocal tract length) is the big dog small dog (BDSD) exercise. The instructions are simple: pant like a small dog to raise your larynx or pant like a big dog to lower your larynx. From there, you can break off into words that start with an ‘h’, then into full sentences that begin with the same letter, and, finally, onto improvised speech.

Additionally, yawning is very effective in lowering the larynx.

Keeping the larynx in a non-neutral position requires practice, in order to develop the proper larynx-raising or larynx-lowering musculature and mind-body connection, while making sure to pay attention not to allow excessive constriction at the vocal fold level or the excessive activation of unnecessary muscles (like the masseter muscle).